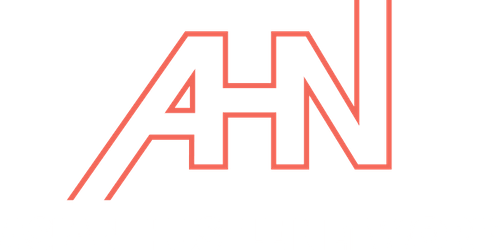 Subscribe to our newsletter to stay informed and connected.

Thank you! Your submission has been received!
Oops! Something went wrong while submitting the form.

Leanna Louie is born in Toisan China, in February 1972, Immigrated to SF USA in 1979 with family at age 7. Grew up and educated in SFUSD public schools, Spring Valley ES, Marine MS, Mission HS. Joined the US Army at 18 upon graduation from high school. Served 5 years active duty enlisted, trained in general medical and pharmacology at Fort Sam Houston, Texas. Stationed in Germany 1991-1993 at the 97th General Hospital. Next duty station was Fort Lewis, Washington at the Madigan Army Medical Center Outpatient Pharmacy 1993-1995. Completed an AA in Technology at Pierce College, Washington. Was recommended by Company Commander for Officer School.  Attended Pacific Lutheran University, majored in Chinese Studies, minored in History, and trained in ROTC. Upon graduation in 1998, was commissioned 2LT and received further Officer Training at Fort Huachuca, Arizona. Then was stationed at Seoul, Korea 1999-2000. Returned to US and was stationed at Fort Lewis, Washington at the 29th Signal Battalion where I ended my military service in January 2001. Did a short stint at SF City Hall as a Legislative Aide. Then proceeded to work for the City of Sacramento in 2002-2012 in a few different Departments including the Neighborhood Services Department as Resource Coordinator, Solid Waste Department as Administrative Analyst, and Fire Department as Administrative Analyst.  Moved to San Francisco and became a business partner at Melody Café Organic Mediterranean Cuisine 2013-2018.  Started in Glim Super Alkaline High pH Water Cleaner business in January 2018.  Glim is now available in over 25 locations in the greater SF Bay Area, Sacramento, and Los Angeles. Why did I get into Glim?  I had severe allergies to many things as indicated by both blood tests and allergy prick test. After over 35 years of suffering from allergies, my diet became more and more limited.  Finally to a point that I was only eating plain rice and bok choy because everything else I ate seemed to make me break out. I spent lot of time doing research and found that many American grown food caused me to break out due to the massive amount of pesticides and other chemicals used. In addition, all the household cleaners are loaded with toxic chemicals which is the reason why I was getting sick and had terrible allergies. Combine that with air pollution from diesel busses in the 1980s and second hand cigarette smoke, I felt like I would get cancer anytime like the millions of Americans. Glim was introduced to me in January 2018, and after using Glim to clean my restaurant, pots and pan, walls and floors, sinks and toilets, stove and oven, hood and vent, fruits and vegetables, clothes and shoes, face and body...my life has completely changed!  I can eat without fear of break outs and breathe without fear of inhaling something toxic. Glim can really change the world.  For all the people who have purchased and used GLIM, it changed their lives. There are so many testimonials that I could fill up a wall of names and their testimonies.

In March 2020, when the US Government acknowledged that severity of the Coronavirus, and the President called it "Chinese Virus", many people of Asian descent were targets of hate speeches and hate crimes. To date, there are over 2000 reports of such incidents collected by the FBI. Back then, when I first heard of this type of speech by Donald Trump, the flash back of the textbook "Chinese Exclusion Act of 1882" came into my mind.  It was a dark time in the history of US and it was happening again in 2020.  There was much discussion on social media about the incidents that had already occurred.  Fearing there would be more trouble in SF Chinatown, a group of passionate SF Bay Area locals got together to patrol America's oldest Chinatown.  A couple of weeks later on 3/31/2020, Leanna Louie and Robert Lowe started United Peace Collaborative (UPC) which became an official nonprofit 501C3 organization in July 2020, headquartered in the heart of SF Chinatown. UPC is currently partnered with Stop Crime SF to hold local politicians accountable for dealing with criminals (especially repeat criminals).  UPC is partnered with Community Leaders and SFPD with the launch of the Asian Crimes Task Force to disseminate information and to deter crime. UPC is also actively removing or covering up graffiti in SF Chinatown.

Please check out our Patreon We want AHN to continue to be meaningful and give back to the Asian community. If you enjoy our AHN Top 50 Unsung Heroes 2021 and would like to contribute to our future, we hope you’ll consider becoming a patron.