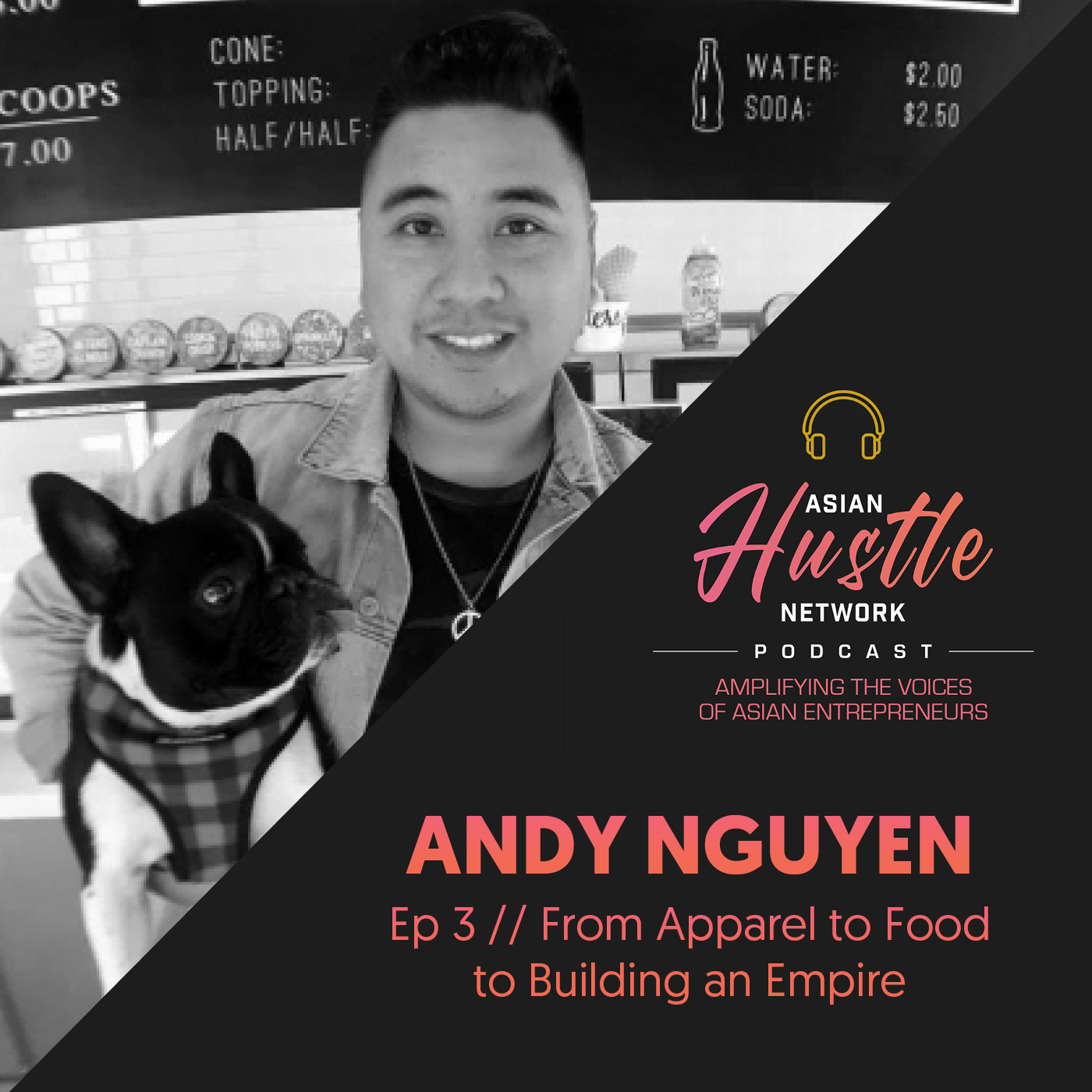 Welcome to Episode 3 of the Asian Hustle Network Podcast! We are extremely excited to have Andy Nguyen, the co-founder of Afters Ice Cream.

“Andy Nguyen is the mash-up king in the food industry.” - Food Network

He co-founded Afters Ice Cream and has reshaped the millennial age F&B industry. With 20 locations in Southern California (and more to come), Afters Ice Cream has been both an entrepreneurial and social media phenomenon with thousands of people turning up for their store openings/events. And that’s only one of the many restaurant concepts Andy and his team have started, to spice up the new dining and lifestyle scene!

But Andy's journey to ice cream-filled donut success wasn't easy... Like many entrepreneurs, Andy and school didn't get along so well, and he was quickly bored with his first "real" jobs.

After a dozen-plus year of struggle including adventures in real estate, re-selling sneakers, and Coachella VIP vendor, Andy founded a world-wide clothing brand, several food ventures, and a consulting agency, too. He has even started his own non-profit, Passion Chasers, to help the next generation of dreamers find their own entrepreneurial spark.

Andy's story from the inside, including how he uses brand awareness and storytelling to appeal to future brand builders of their own. His influence and goals of helping improve the food scene and pumping new life into other cities. It's his unorthodox approach and insights into modern branding, marketing, and how to get your grind on; that has set him apart from the rest.