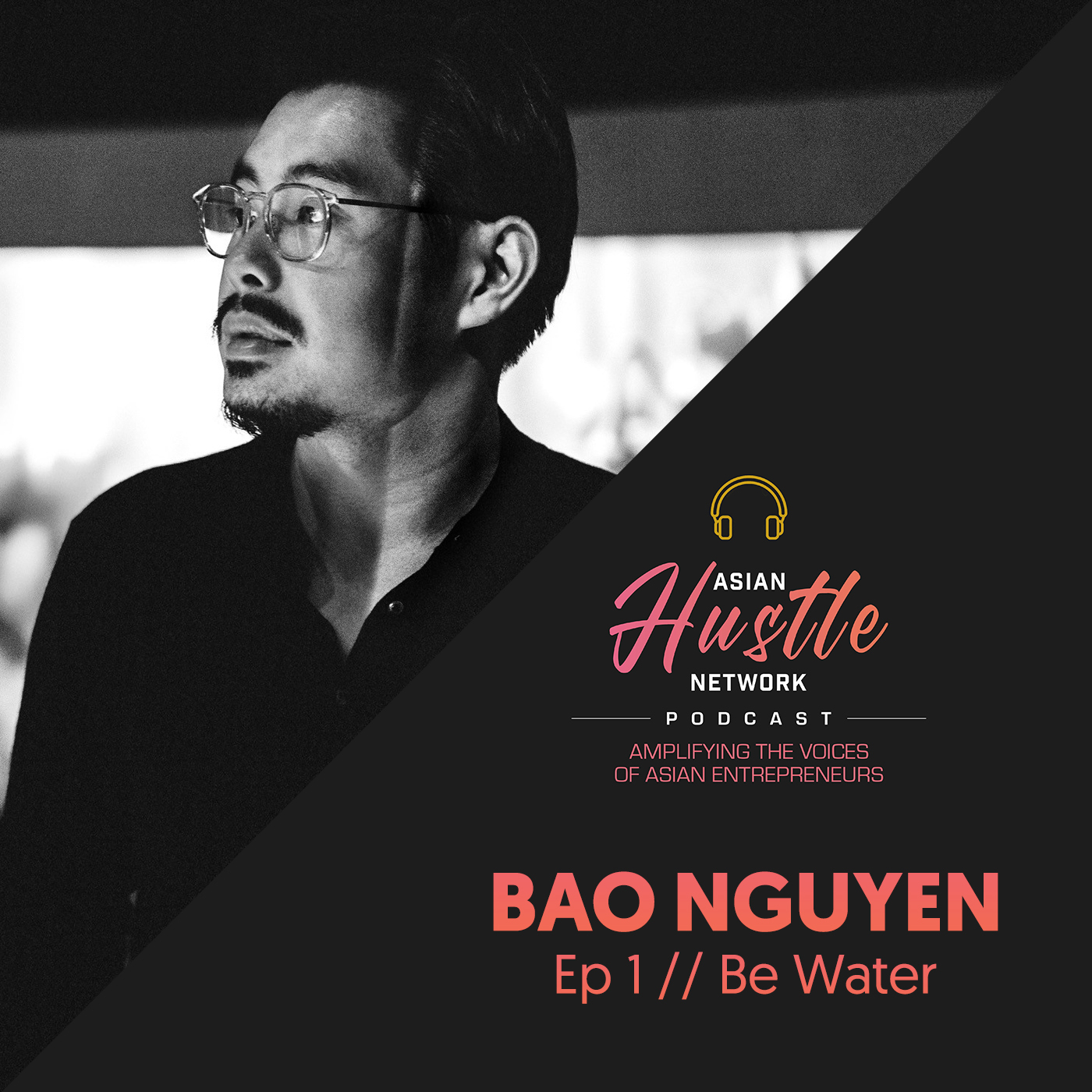 Welcome to Episode 1 of the Asian Hustle Network Podcast with hosts Bryan Pham and Maggie Chui! We are extremely excited to have Bao Nguyen, the director of ESPN 30 for 30, Be Water.

Bao Nguyen’s is an LA-based filmmaker whose past work has been seen in the New York Times, HBO, NBC, Vice, ARTE, and PBS, among many others. He has directed, produced, and shot a number of short films, which have played internationally in numerous festivals and museums including MoMA and the Smithsonian. His graduate thesis film JULIAN won a CINE Golden Eagle Award, the Best Student Documentary Short at the Palm Springs ShortsFest, Special Jury Prize at DOCNYC, and was nominated for an IDA Award. The first documentary feature he produced ONCE IN A LULLABY premiered at the 2012 Tribeca Film Festival, won the Audience Award at the Woodstock Film Festival, and was nominated for a Gotham Independent Film Award. Afterwards, he co-produced WHERE HEAVEN MEETS HELL won many awards including the Grand Jury Prize for Best Feature Documentary Film and a Special Jury award for Outstanding Cinematography at the LA Asian Pacific Film Festival, and the Halekulani Golden Orchid Award for Best Documentary Feature at the Hawaii International Film Festival. At the One World International Human Rights Film Festival in Prague, the Václav Havel Jury gave a Special Mention Award to the film for being a documentary that has made an exceptional contribution to the defense of human rights.

In 2014, he was the producer and cinematographer of NUOC 2030, a feature narrative set in near future Vietnam which opened the Panorama section of the 2014 Berlin International Film Festival and was a recipient of the Tribeca Film Institute Sloan Filmmaker Award. LIVE FROM NEW YORK!, celebrating 40 years of Saturday Night Live would be Bao's feature documentary directorial debut. It opened the 2015 Tribeca Film Festival and was broadcast nationally in primetime on NBC, preceding the 41st season premiere of SNL.

His latest directorial effort, BE WATER, a documentary about cultural icon Bruce Lee world premiered in competition at the 2020 Sundance Film Festival and will be broadcast on ESPN's 30 for 30 series.

He is a 2011 PBS/WGBH Producers Workshop Fellow, an alumnus of the 2012 and 2014 Berlinale Talent Campus, and a Firelight Media Fellow. He earned his BA at NYU and his MFA at the School of Visual Arts in New York City.