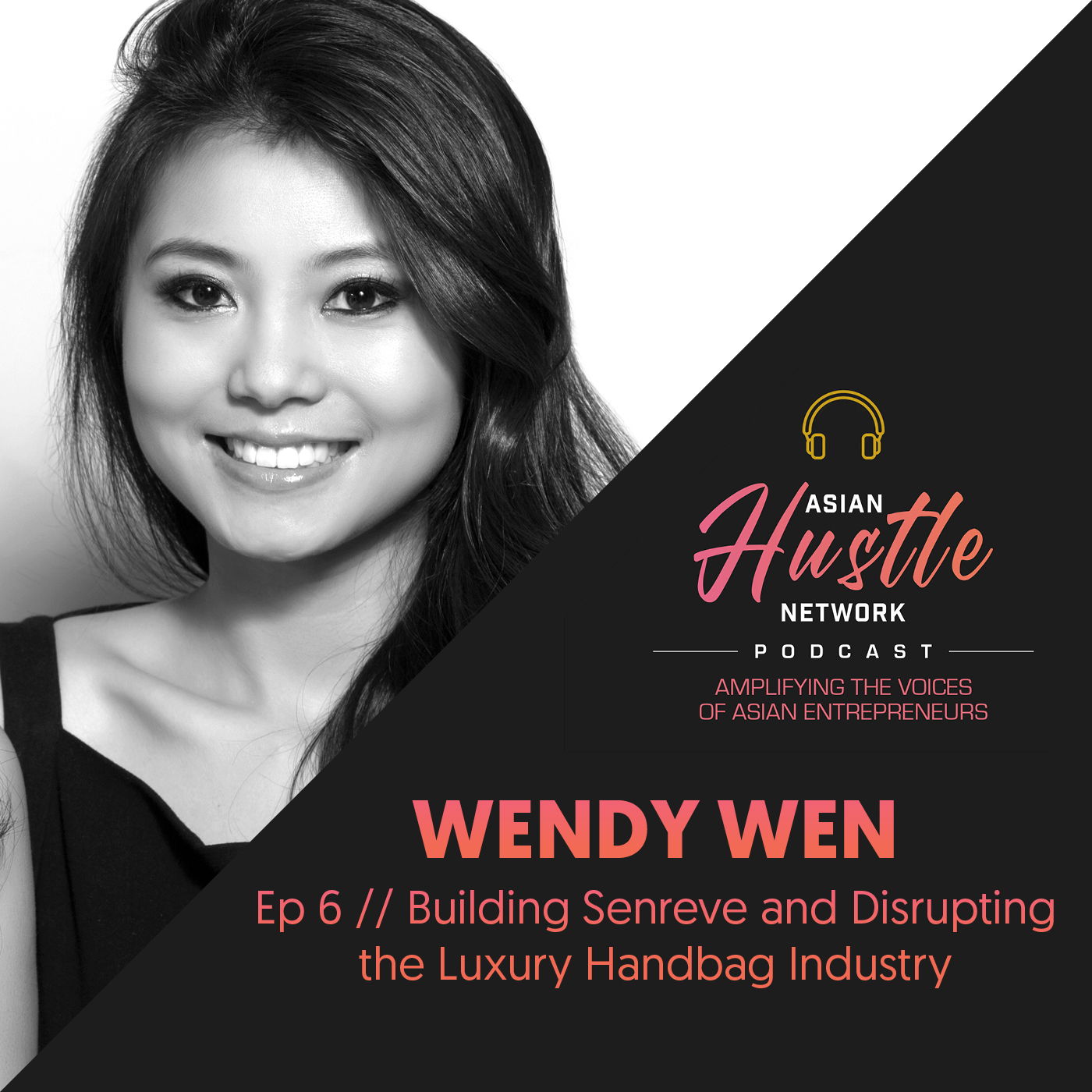 Welcome to Episode 6 of the Asian Hustle Network Podcast! We are extremely excited to have Wendy Wen, the co-founder and COO of Senreve.

Wendy Wen is an entrepreneur and former finance professional.  Wendy is currently the Co-Founder and COO of SENREVE, a direct-to-consumer luxury brand that serves the modern professional woman by combining luxury design and quality with versatility and functionality. SENREVE recently raised $16.75M in Series A funding, led by Norwest Venture Partners.

SENREVE products are handcrafted in Florence, Italy, at a family-owned factory that creates products for leading luxury brands. SENREVE has been called an “it” bag brand by fashion/luxury publications and worn by celebrities, influencers, and top female executives.

Wendy started her career in finance/investing at The Blackstone Group, Goldman Sachs, TPG Growth and Anthos Capital, where she focused on growth equity investments in the technology and retail sectors.  During her time as an investor, she worked closely with several consumer and retail management teams to target areas for operational improvement, assess acquisition opportunities, and implement growth initiatives.

She was inspired to found SENREVE after interning at Chanel and receiving her MBA from the Stanford Graduate School of Business.   Wendy also holds a dual BS from the Massachusetts Institute of Technology in Economics and Management Science where she was inducted into Phi Beta Kappa.

Wendy currently lives in San Francisco with her husband Robbie and her rescue dog-son Poke.